Lesvos has long been a top birding destination, but Richard Brooks argues that its neighbor island Lemnos is at least as good, if not better.

As our plane taxied along the runway we were aware of a number of small dots lining the airport perimeter fence. On closer inspection they turned out to be a huge flock of Red-footed Falcons, accompanied by a number of Lesser Kestrels and the odd Common Buzzard for good measure.

Seen from the air, the adjoining wetlands were festooned with an assortment of white blobs, which metamorphosed into Greater Flamingos, Little Egrets and dancing flocks of Whiskered and White-winged Black Terns daintily skimming the water. Small parties of handsome drake Garganey and several Ruddy Shelduck were feeding, and larger numbers of iridescent Glossy Ibises seemed omnipresent.

Waders were much in evidence, and on one small pool an elegant Marsh Sandpiper was feeding alongside a Green and two Wood Sandpipers, flanked by several Ruff and Greenshank. Every few minutes small  groups of Purple Herons would lift up out of the vegetation, usually flushed by a quartering Marsh or Montagu’s Harrier, as were often sizeable mixed flocks of Black-headed and Blue-headed Wagtails. The jangle of Corn Buntings was everywhere and dapper male Northern Wheatears performed from regular song posts — all in all, not too bad for our first 24 hours.

Bird island
One could be forgiven for thinking this evocative scene took place on the Greek island of Lesvos, but in fact it was the first of many bird-filled days spent exploring the neighbouring and rarely visited island of Lemnos, some 80 miles to the north-west, which we accessed via a 30-minute internal flight from Lesvos.

In spite of its smaller size (184 square miles compared to 629), this impressive island holds both the largest airport and the largest natural salt lake in the Aegean; Lake Aliki is especially important for Greater Flamingo, Shelduck, Ruddy Shelduck, Avocet and Kentish Plover. There are several other extremely productive wetlands: Asprolimni and Hortalimni in the east and Diapori Marsh, the wader-friendly tidal inlet of Pedino Bay and the reservoir known as Fragma (meaning dam) in the south-west; not to mention the extensive area of seasonal coastal wetlands and river mouths running south-east from the airport almost to the port of Moudros.

The island lacks the pinewoods and olive groves found on Lesvos — and hence birds such as woodpeckers and nuthatches — and reaches a maximum height of just 430 m, therefore possessing far fewer of the rugged uplands of its neighbour, with their associated specialities such as buntings, Short-toed Eagle, Rock Sparrow and Western Rock Nuthatch. However, this is in no small part compensated for by its picturesque and unspoilt beaches, extensive  dune complexes and, in spring, its flower-filled and insect-rich plains and meadows. Dotted with clumps of oak and small thickets, these provide a wealth of food and shelter for passing migrants — often welcome, as it can be quite windy at times.

The island’s geography and lack of extensive cover make it far easier to locate some of the more skulking species which regularly occur on Lesvos but are not always easy to see there. These include Wryneck, Barred and Icterine Warblers and especially Golden Oriole, which we saw well and in good numbers daily from mid-April. Even Wryneck — generally a real skulker — showed well every day for the first half of April, and was regularly watched and photographed feeding in the open.

The highest point on the island turned up a steady flow of migrants during fall conditions. The birds were all feeding and resting in the same few roadside bushes, and as such extremely viewable, once the military got used to us and issued us with a permit. Highlights included fly-over Black Kite, Osprey and a cracking male Pallid Harrier, as well as lots of shrikes (including Masked) and warblers comprising Eastern Orphean, Subalpine, Barred, Icterine, Wood, Willow (including the rarer eastern acredula form) and also Eastern Bonelli’s — which I’d never photographed before in 21 Lesvos visits — together with mind-boggling numbers of flycatchers (both Collared and Semi-collared), chats and buntings.

Migrant heaven
We stayed at Lemnos Village Hotel in the south-west, and this proved an ideal base, with a number of tracks on our doorstep which were excellent for migrants and turned up something new virtually every day. We were also quite close to the Fragma, a sizeable reservoir and dam outfall approached from the nearby village of Agios Dimitrios via a wooded valley alive with bird song. The air was thick with the sound of Sardinian Warbler, Cirl Bunting and Nightingales, mingling with the fluting calls of Golden Orioles and the purring of Turtle Doves, now a near-forgotten sound in Britain. Occasionally we also heard Eurasian Scops Owl calling there — one of the few species that sadly did refuse to show itself.
Masses of hirundines, including Red-rumped Swallows, could often be seen hawking over the reservoir for insects; they were regularly joined by feeding parties of Common Swifts, accompanied by the occasional Alpine. The small pool below the dam outfall hosted feeding warblers, Kingfisher, the odd crake and regular roosting Night Herons in April, while in September the main feature of the reservoir was the party of Eleonora’s Falcons which congregated at the water’s edge to drink and bathe, with both light- and dark-morph birds side by side offering stunning views.

Autumn has many attractions, especially as direct flights and packages operate into early October, when the weather can still be very pleasant. Apart from the Eleonora’s bonanza, there are passage shrikes, wheatears, warblers, chats and Spotted Flycatchers galore, with colourful European Bee-eater, Hoopoe, Golden Oriole and European Roller still regular.

At one small dried-up river bed in early September we watched feeding Wryneck and Icterine Warbler almost daily, accompanied by Lesser Grey, Masked, Woodchat and the more plentiful Red-backed Shrikes, with one of this last being snatched by a passing Eleonora’s Falcon. We also encountered the first gatherings of Greater Flamingo at Lake Aliki and massed flocks of Stone-curlew, with some 100 individuals flushed from the airport wetlands on one memorable occasion.

Lemnos’s quiet roads and general lack of disturbance make for quality and ease of birding, viewing and photographic opportunities which I feel rival even Lesvos — but without the massed birders  and photographers. In one autumn and two spring visits totalling some 10 weeks, we saw only two photographers and a handful of birders — quite unbelievable given that we managed 152 species on our last month-long trip.

Breeding specialities
With breeding Lesser Kestrel regularly hunting areas like Diapori Marsh and present in good numbers in villages like Romanou and Kalliopi, both Chukar and Stone-curlew nesting as a result of the island’s low-intensity agriculture and several pockets of breeding Calandra Lark near Lake Aliki, as well as several pairs of Ortolan Bunting, a number of Black-eared Wheatears and healthy figures of locally breeding Eleonora’s Falcon, the island is actually better for certain species than its more famous neighbour — especially as nowhere is much further than a 40-minute drive away. This makes it possible to visit most of the best sites daily, unlike Lesvos, but, like Lesvos, good views can be obtained of nearly all the target species without leaving the vehicle.

Perhaps I shouldn’t go on to mention the small dead tree at Neftinas Beach which on one day in early May contained a spectacular three European Rollers, a Barred Warbler and a male Collared Flycatcher. Or the airport wetlands where an emergence of flying beetles attracted more than 50 hovering Red-footed Falcons, mingling with Eleonora’s, Lesser Kestrels, several Montagu’s Harriers and a party of Collared Pratincoles, while alongside the track a Hobby was snacking on an unfortunate hirundine close to where we’d earlier watched a Peregrine and a Lanner having an aerial skirmish.

On another occasion in late April, I sat in a shady wooded spot adjacent to some ruins and was engulfed by a fall of Wood Warblers, Collared and Spotted Flycatchers, Golden Orioles, Ortolan Buntings and Tree Pipits — many feeding on the ground only feet away. If it wasn’t for the potential and, I suspect, much-needed benefits to the island’s economy from visiting birders, I might just be tempted to keep quiet about all this! But if you fancy quality birding in spring or autumn, and don’t mind paying a bit more for the privilege, why not give it a try — just don’t tell too many people!

Acknowledgements
Our three trips wouldn’t have been possible without the kind help and generous sponsorship of several individuals, especially Dimitris Matzaris, manager of Lemnos Village Hotel, who co-ordinated everything and dealt very efficiently with our day-to-day needs. 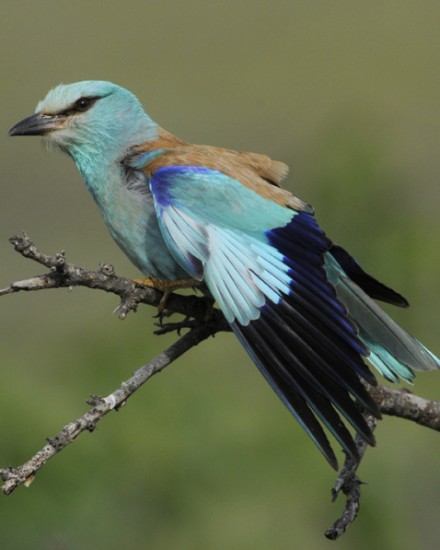 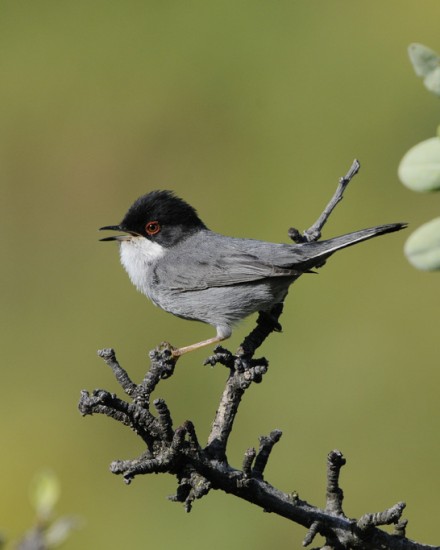 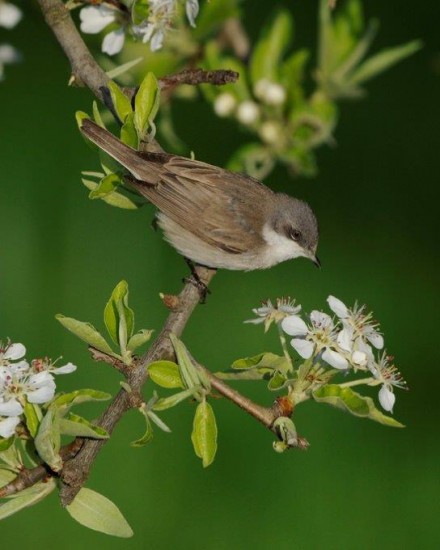 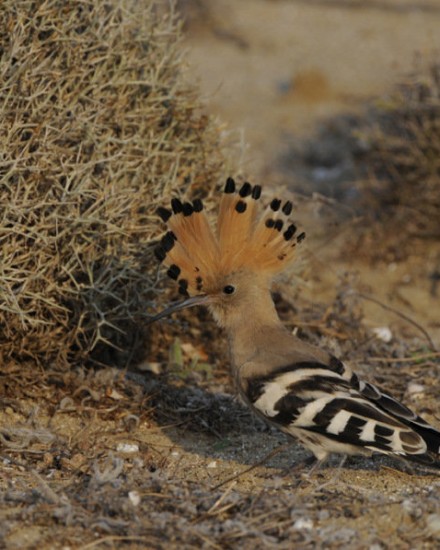 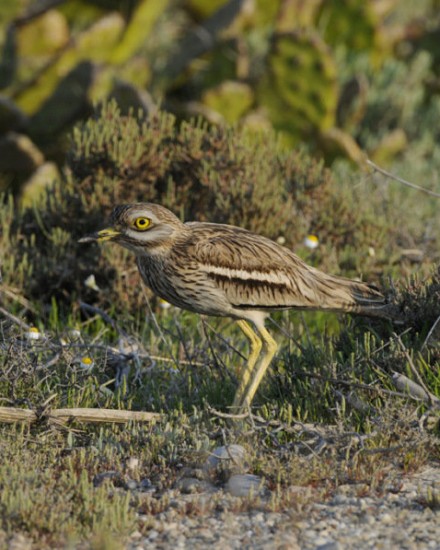 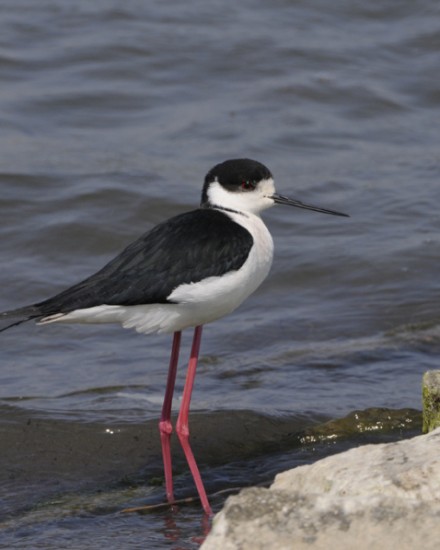 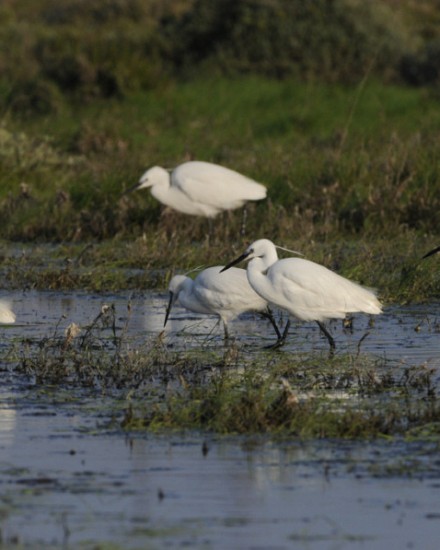 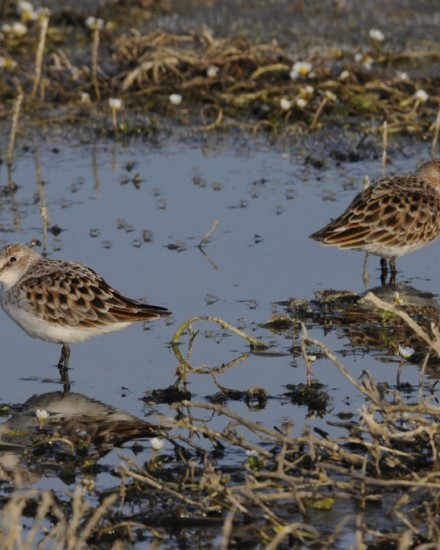 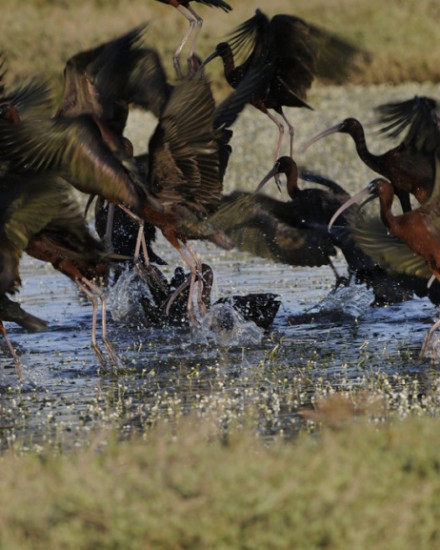 THE REASONS YOU WILL FEEL SAFE IN OUR RESORT LEMNOS VILLAGE

Our hotel complex consists of 134 bungalows built scattered over an area of 40,000 sqm with direct entrance from the garden and therefore no passage through internal corridors is required

All dining areas and bars have large outdoor areas where safety distances can be perfectly maintained.

All staff are up to date trained for all health protocols and will be adhered to so that our customers feel safe.

We are grateful that you chose our Lemnos Village Hotel for your vacation and that you express your confidence in us offering our best services.

The management and the team of the Hotel Lemnos Village wish you a good and happy vacation on the beautiful island of Lemnos.

We use cookies to ensure that we give you the best experience on our website. If you continue to use this site we will assume that you are happy with it.OK